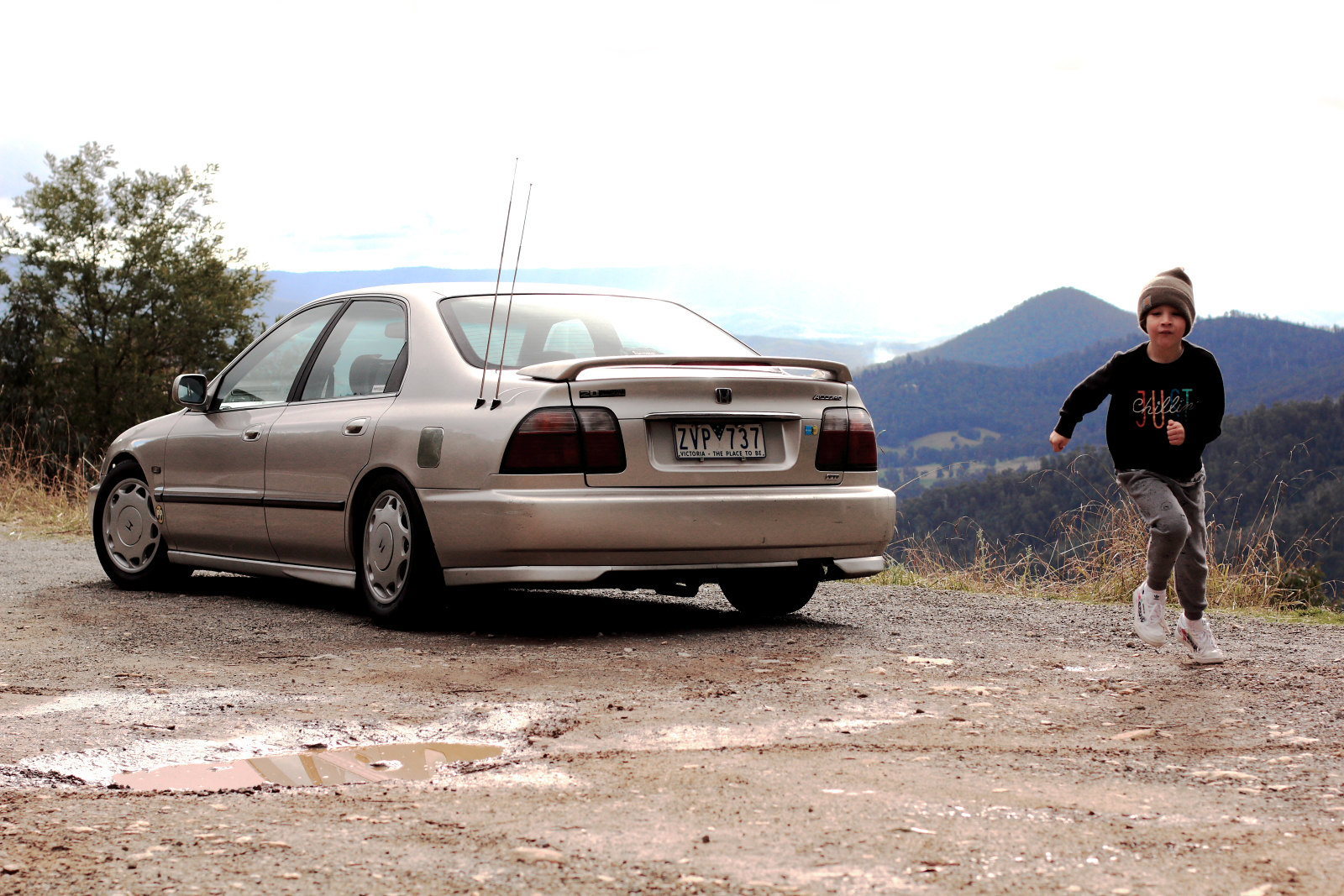 It’s so easy just to fall into the trap of ‘styles’, having to choose a style, choose a direction, go with it and commit to it. I don’t like being forced into one style, it limits what you feel you can and can’t do, choosing a style for a car is basically putting it into a category, each category has its judges and in this day and age it seems everyone else decides if your car is right for that category you’ve chosen. But what if you mixed styles, for example what if you built a car which appeared sex-spec in style but was built for drifting, who said your drift car can’t have 20” chrome wheels and ten 6x9s? What about a lowrider that was also a sleeper? …or how about a USDM style 90’s Honda which can also be used for hill runs and track days? Well that’s the idea behind my Accord.

The USDM/HDM style has long appealed to me, that’s U.S Domestic Market/ Hawaiian Domestic Market for those who aren’t aware, but what appeals to me more is Japan’s take on USDM. A heavily U.S influenced style which is at the same time still very Japanese but also probably more USDM than the U.S.. confused? A lot of people who aspire to create a car like this pay attention to alot of details and spend alot of time and usually alot of money to build something that many wouldn’t take a second look at. Things such as full US body panel and light conversions, US interior fabrics, US only exterior colours and even left hand drive conversions, but the car itself may remain relatively ‘standard’ looking overall, maybe just lowered on some steel wheels and hubcaps.

I wanted to essentially give this OEM USDM inspired appearance, where to some (mainly the police hopefully) the car looks pretty stock but also has a kind of aggressive stance that I think looks good without being stand out-ish. I also want to be able to use the car, I want it to be functional. I want to be able to go for spirited runs in the hills, attend track days and the like (eventually), without the worry of smashing into raised bumps on the roads, scraping on damn near everything and worry constantly about being defected. I’m happy with how it looks, it rarely scrapes and I’ve never been pulled over in the two years that I’ve owned it, touch wood. So I think I’ve kind of achieved what I had in mind.

To get the car looking how I want took me quite a long time, I spent ages buying and trying different wheels until I figured why not just go with the steel wheels and hubcaps, it’s a look I like, and steel wheels really aren’t as bad for track driving as some would have you believe, I’m not looking to set PB’s, just have fun. To get a more aggressive stance and achieve a wider track, the Accord is fitted with 25mm GKTech spacers all round, to fit these as they’re hub-centric to Nissan I needed to run Mitsubishi Lancer steel wheels as they share the hub diameter with Nissan and are easier to find in 15” than Nissan steel wheels. The good thing about the GKTech spacers is that the rear side which bolts to the hubs fit perfect over Honda hubs, and the front side is perfectly hub-centric to the Lancer wheels so there’s no weird vibrations when driving. Currently the tyres all round are just regular street 195/60’s but I plan to get something a little wider and grippier for the front. Apparently I can get 235’s on the factory steel wheels but partly due to not wanting to raise it for clearance I might go for something a little more conservative such as 215’s. I’m not sure on exactly what brand and model of tyre I’ll go with as yet though. The hubcaps are modified BMW e36 items and height adjustment and dampening is courtesy of BC Racing V1 coilovers.

Something that I’ve been asked multiple times is what the front lip is off. The front and rear lips are both actually 1994 model Accord lips mated to the 1996 model bumpers, nothing overtly special but they do make a huge difference. Also another small notable change is that this is a 20th anniversary model and they came with gold badging, whilst I kept the ’20th special edition’ badge, I opted to change the other rear badges to chrome, I just felt it looked cleaner.

Keeping with the USDM theme, I also fitted twin aerials and decided to make a ‘flip flop’ boot lid. This was achieved by strap hinges attached to the factory brackets and with the factory bolts wound in finger tight it keeps the boot lid in place for regular use. Inside the boot, a custom faux rear panel hides the 12” Clarion sub and amp.

I retrimmed the door panels, centre arm rest, pillar plastics and under dash plastics in light and dark blue suede fabric. I actually also managed to find floor mats in a matching blue by chance in the local carpet shop in town, which was a nice find. The four spoke Luisi woodgrain steering wheel was also a pretty nice find, it was on Gumtree for $20 and had been listed for about 4 months with no takers, which was surprising as it’s quite a rare and unique looking wheel, not the best for grip though. My only future plans for the interior are to find a pair of deeper OEM front bucket seats as I’ve found the factory Accord seats just aren’t the best at holding you in, maybe some blue Recaro’s out of a DC5 Integra Type R if I can find them at a reasonable price.

It’s actually quite enjoyable to drive weaving through the hills and valleys, which I’m fortunate enough to live nearby to, it’s responsive and it corners well. The engine is just the factory SOHC VTEC F22 backed by an automatic transmission. The F22 was Honda’s ‘big block’ of the 90’s, it’s just fitted with a K&N pod filter and mild exhaust. I’d really like to swap it out for a DOHC H22 out of a Prelude and ultimately that’s my plan. Whilst the F22 is a good strong motor, it just doesn’t have adequate aftermarket support to do much with

It may not look like it but it took quite a lot of work to get it to how it is, and the appearance of the car on the outside will now remain as you see it, so that gave me the nod on the decider to put this post together. Hopefully it’ll maybe inspire some people to do what they want and not feel like they’re tied to the style that their car is perceived by others to be. 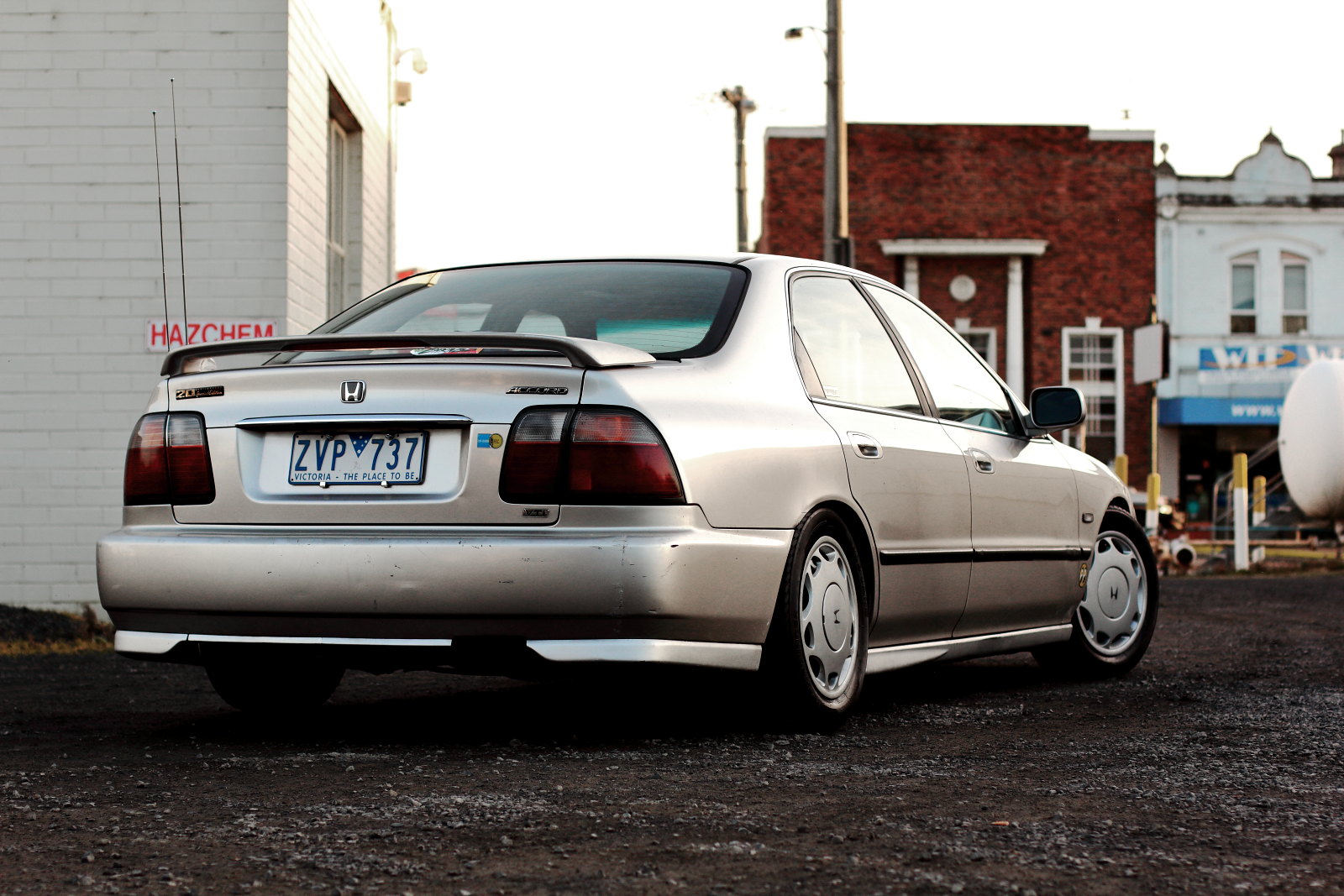 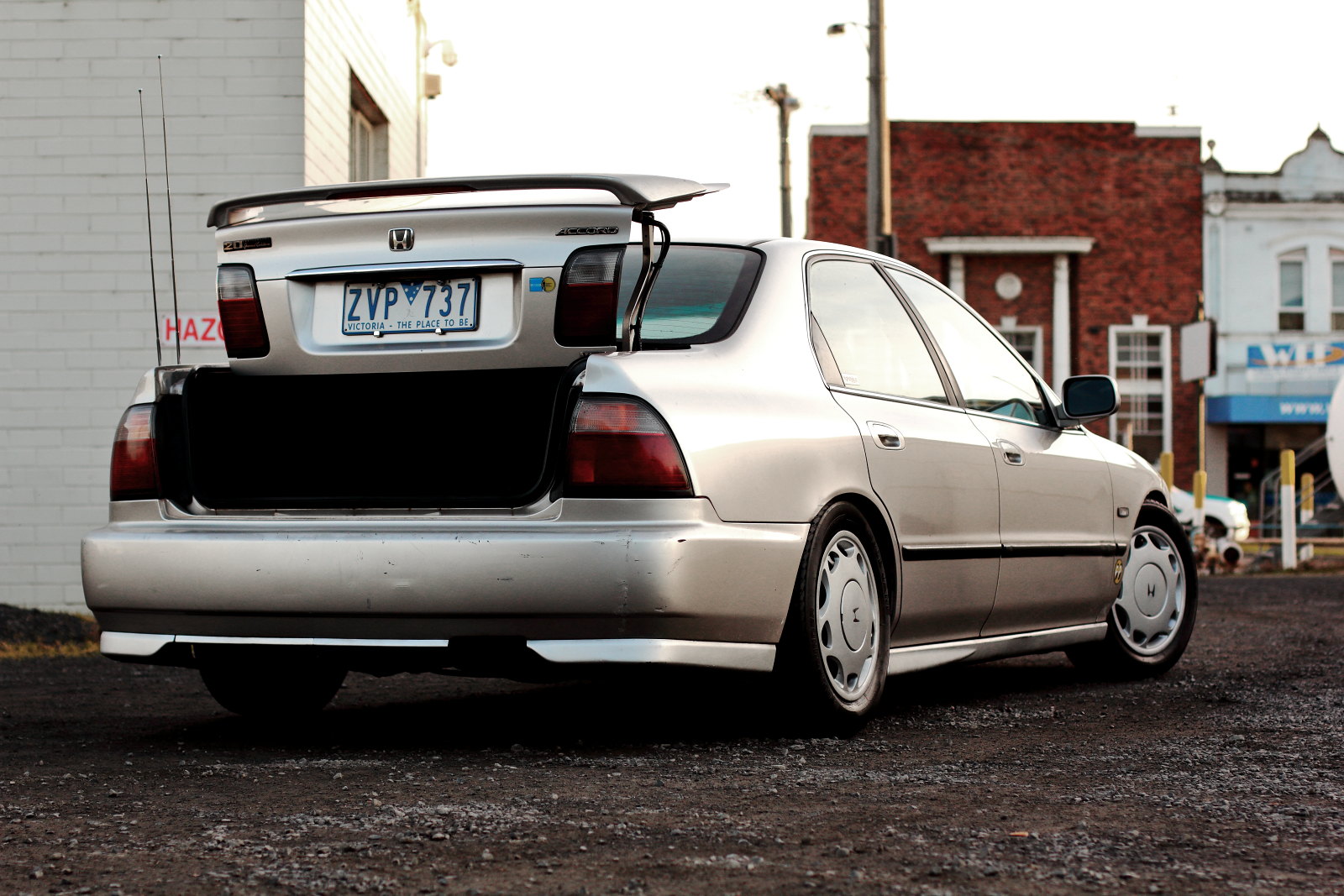 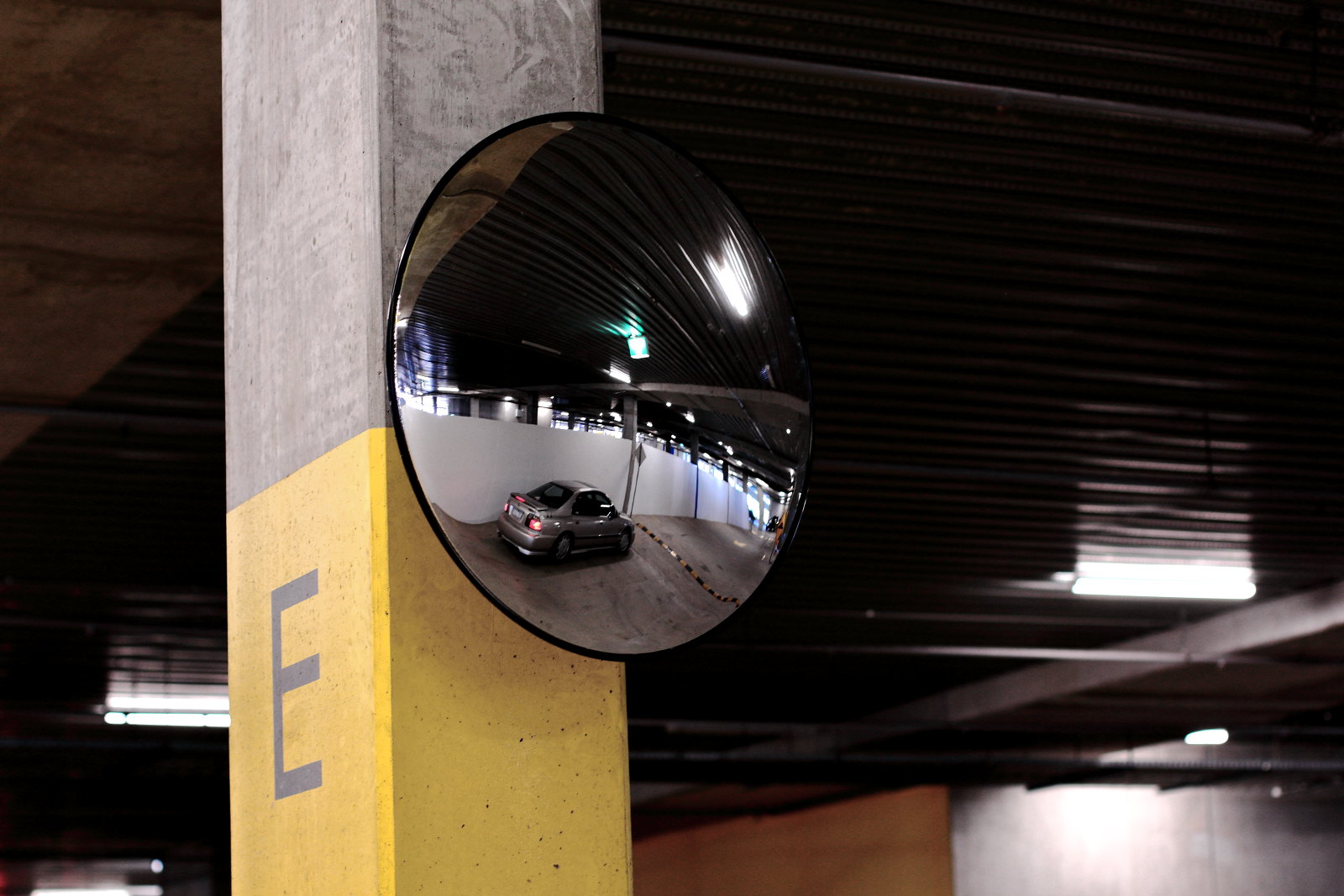 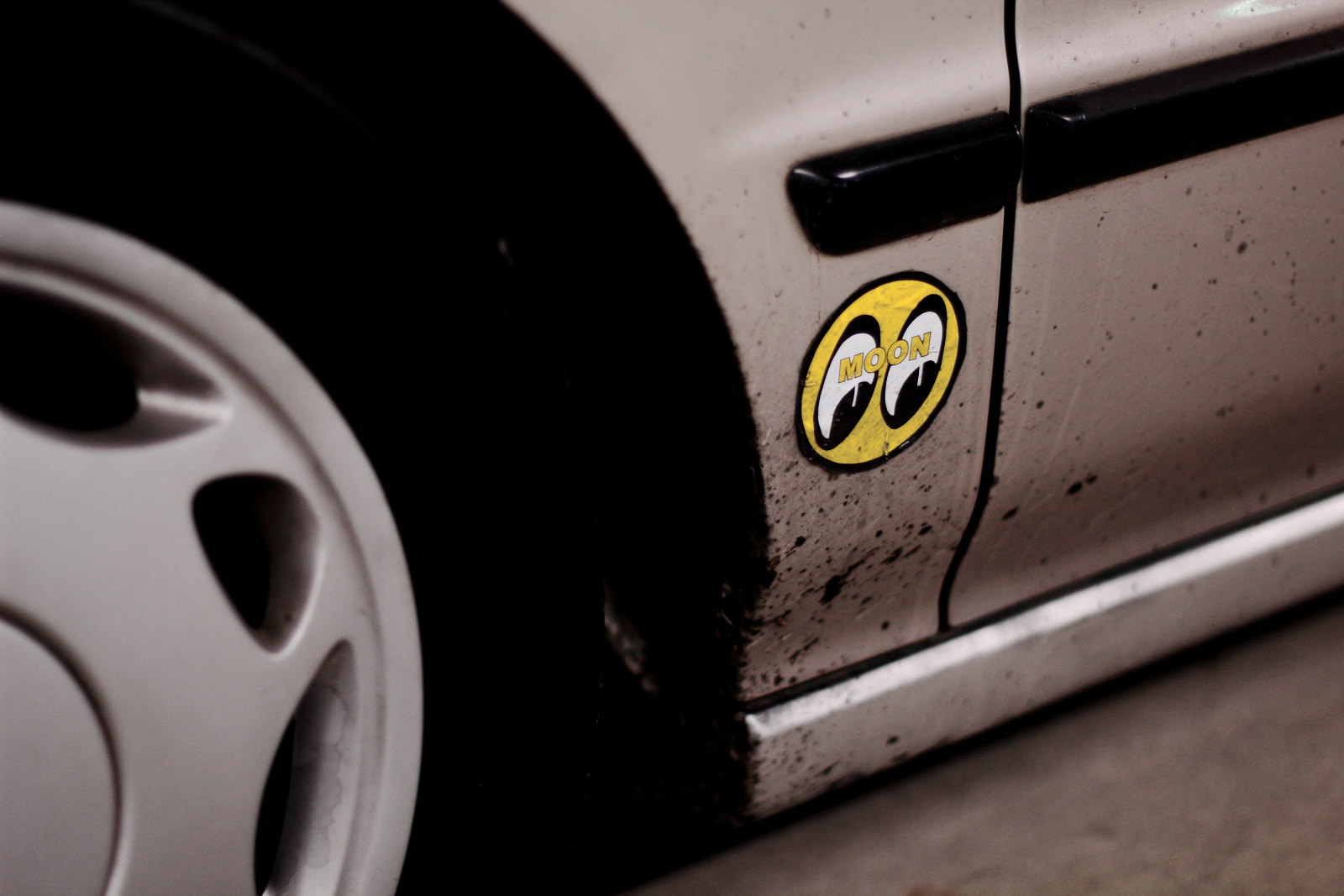 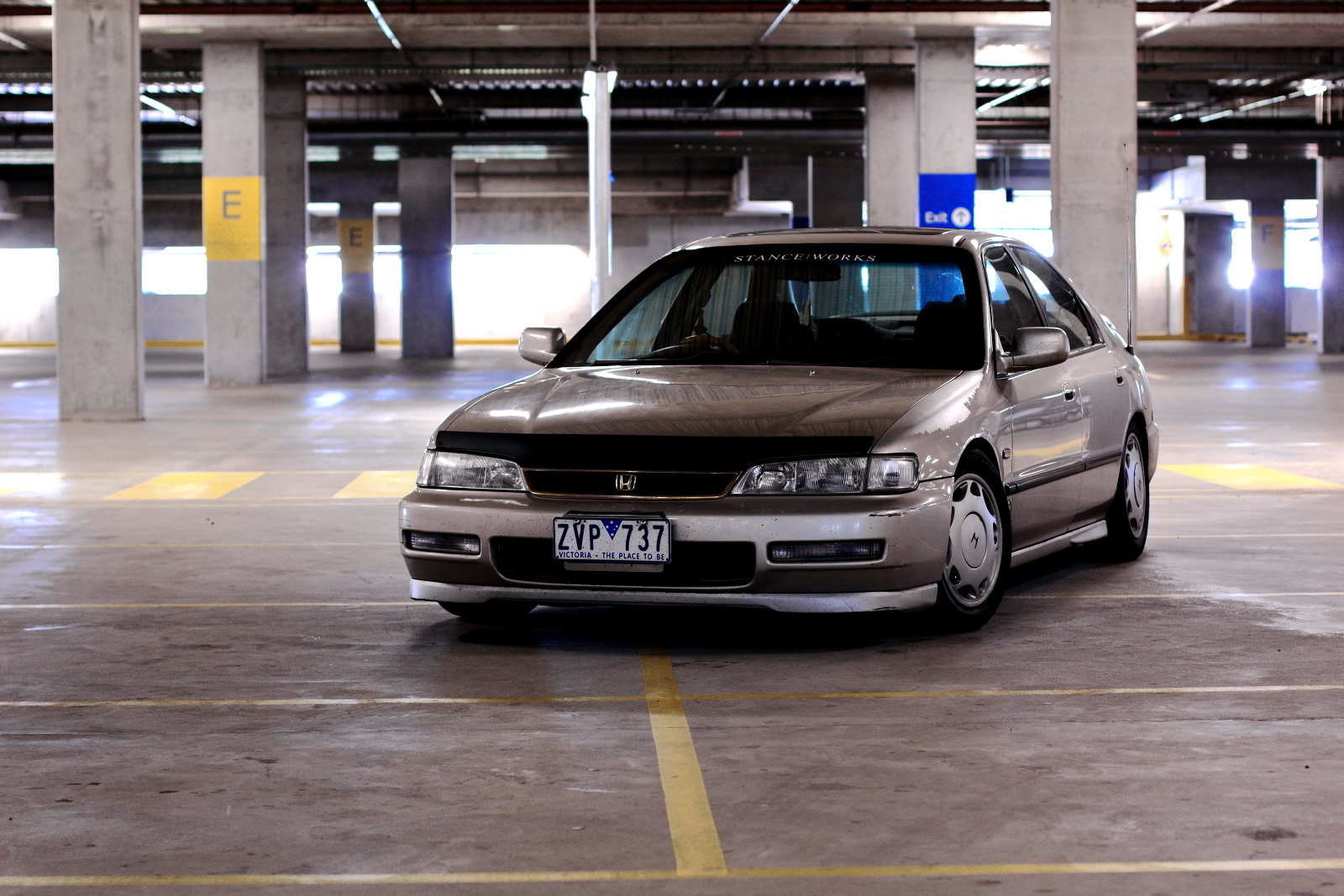 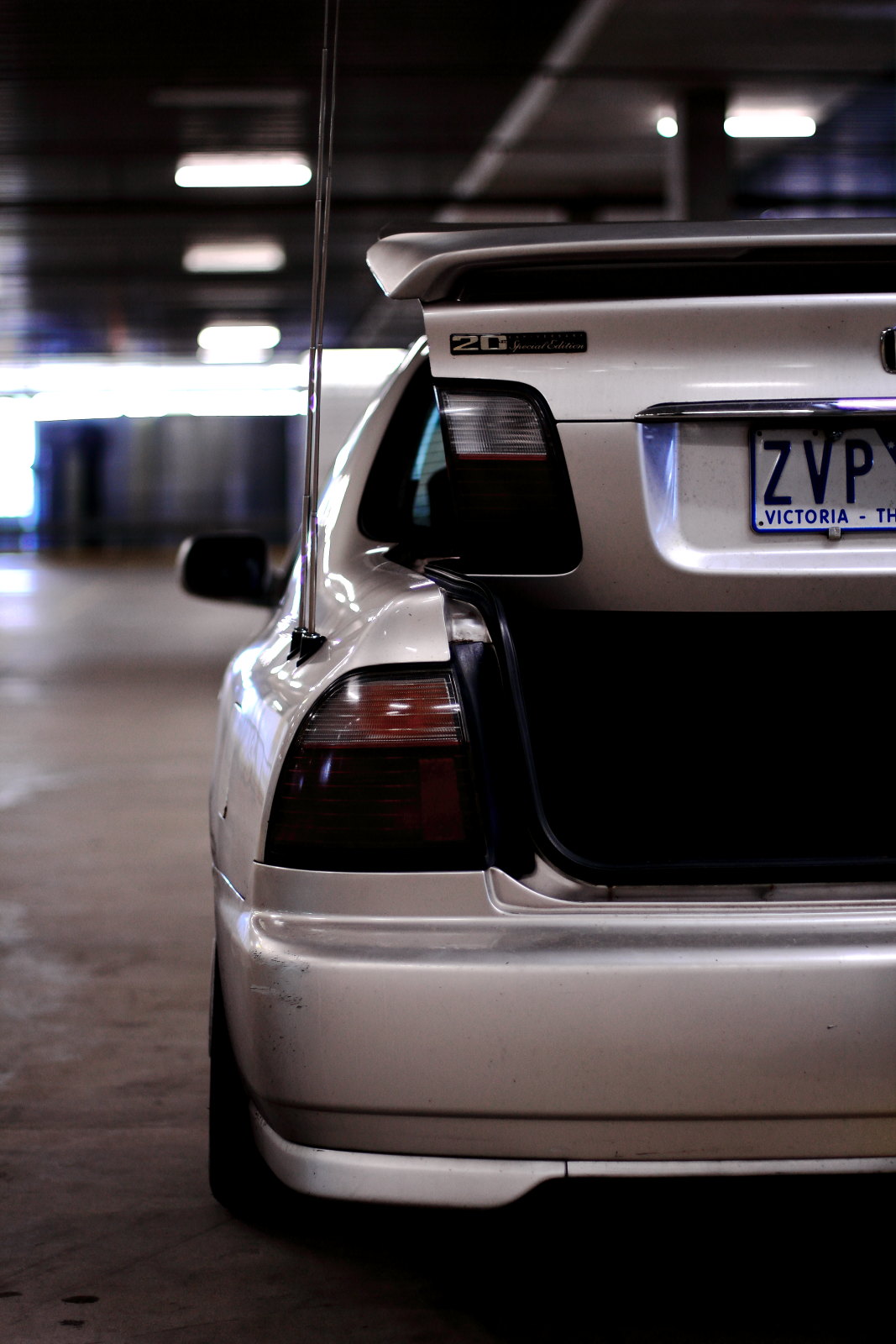 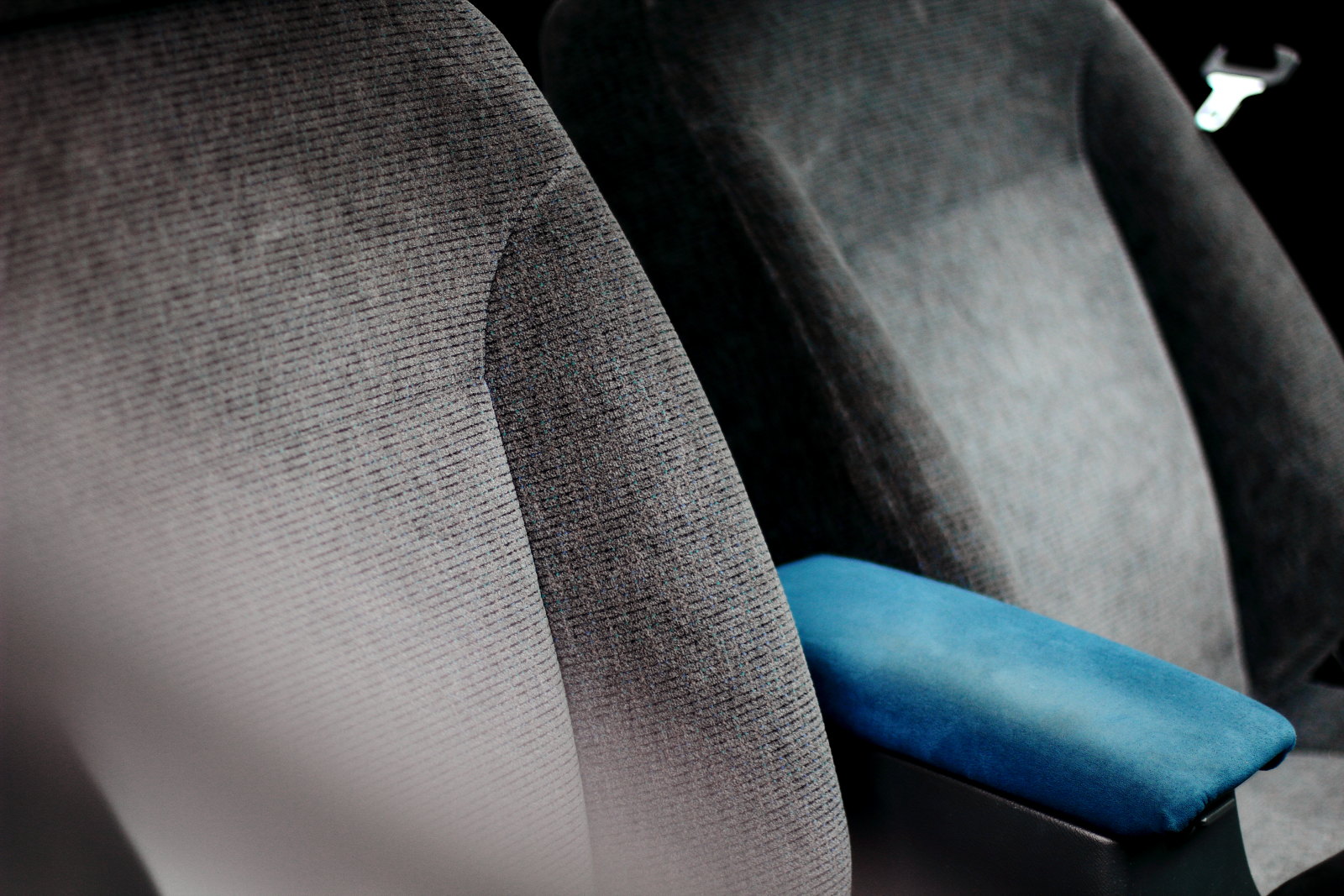 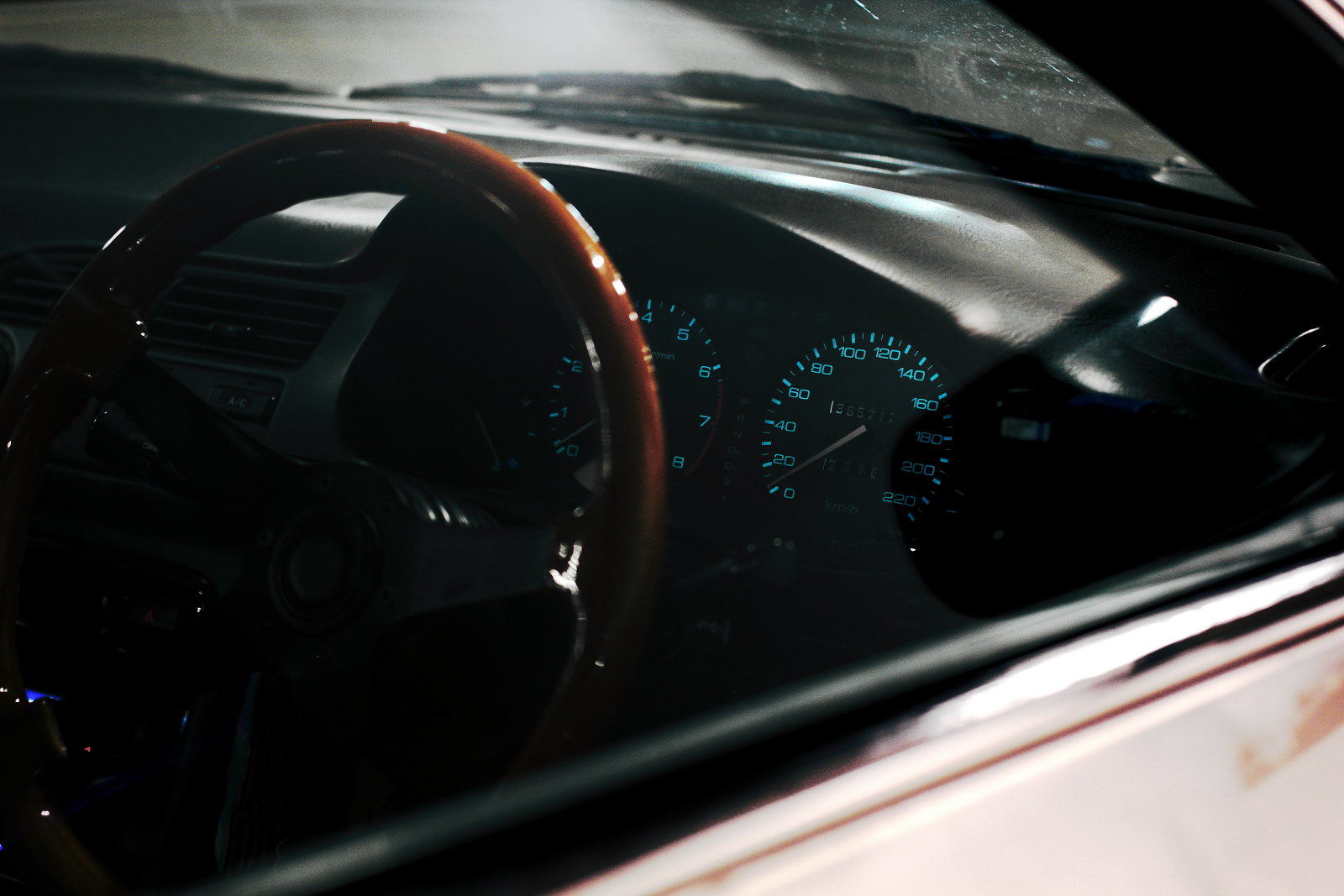 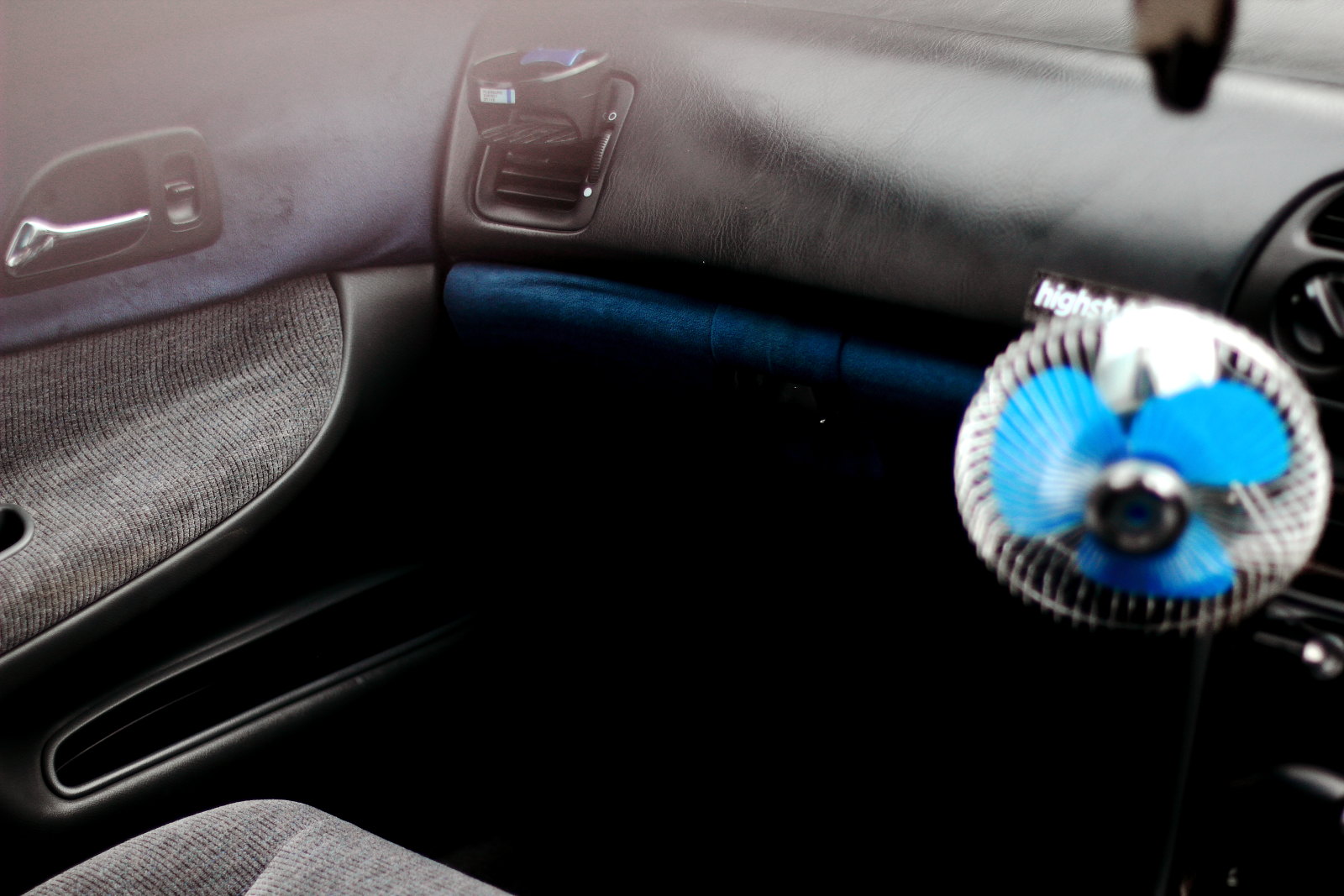 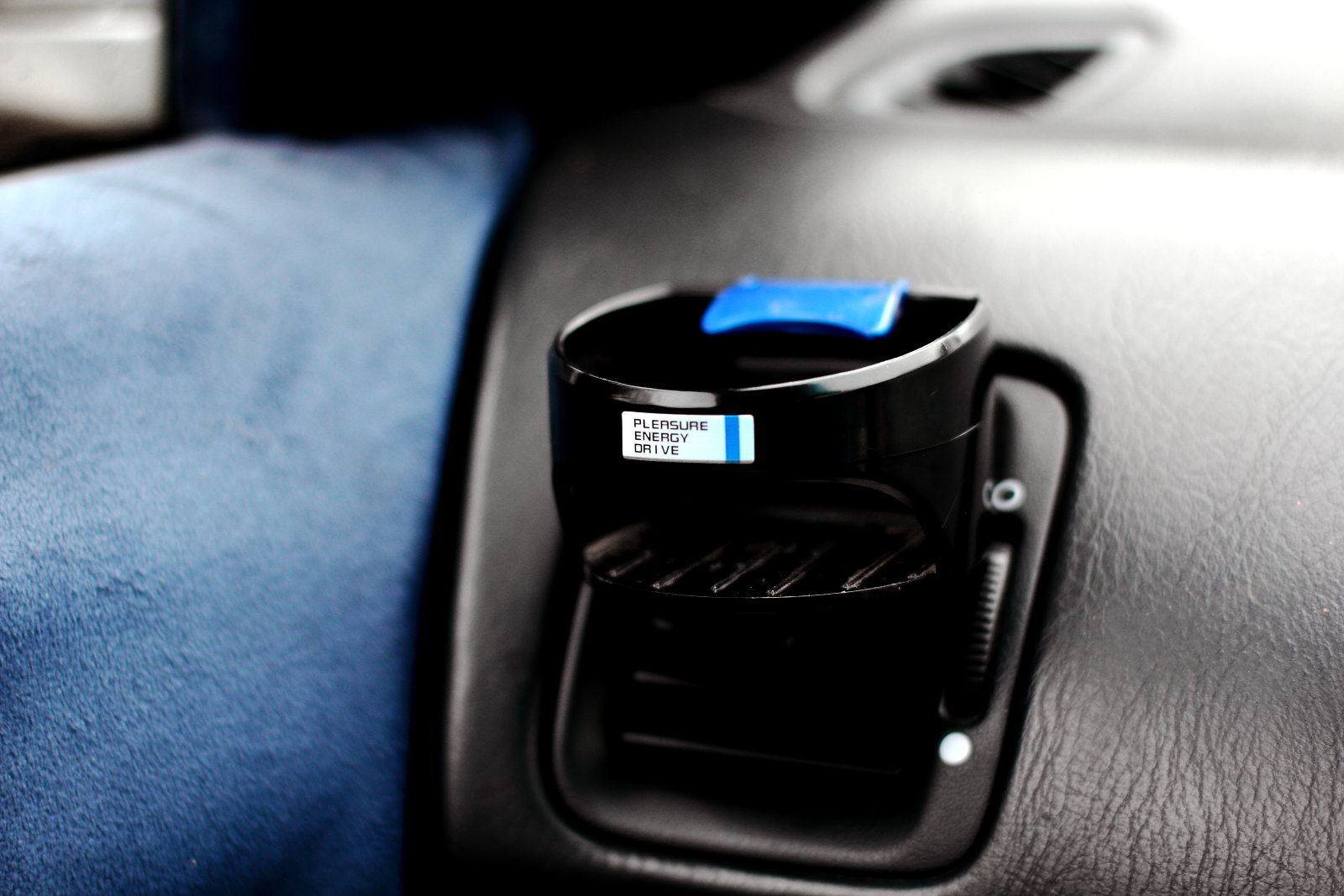 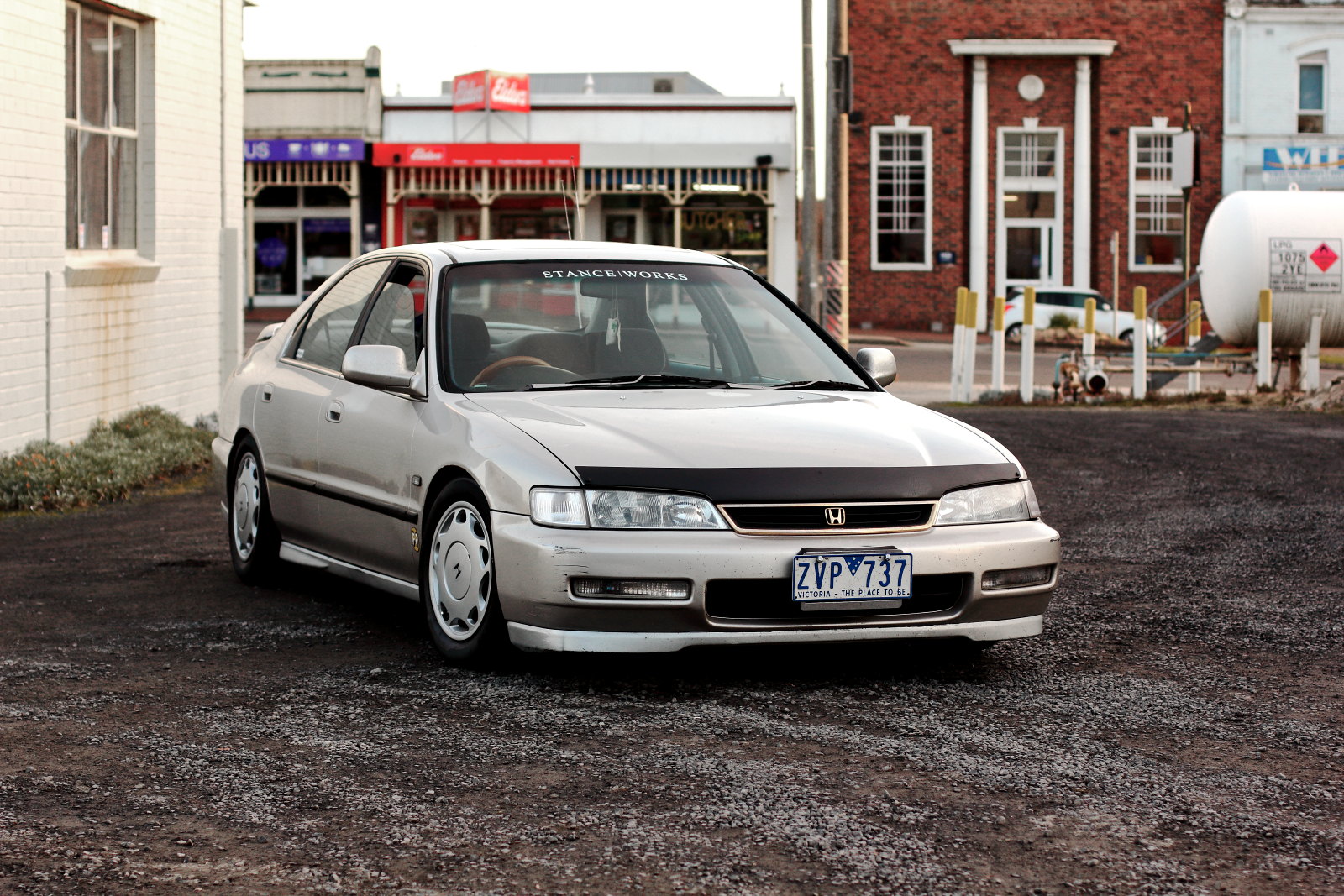 2 thoughts on “Unlimited in Style”