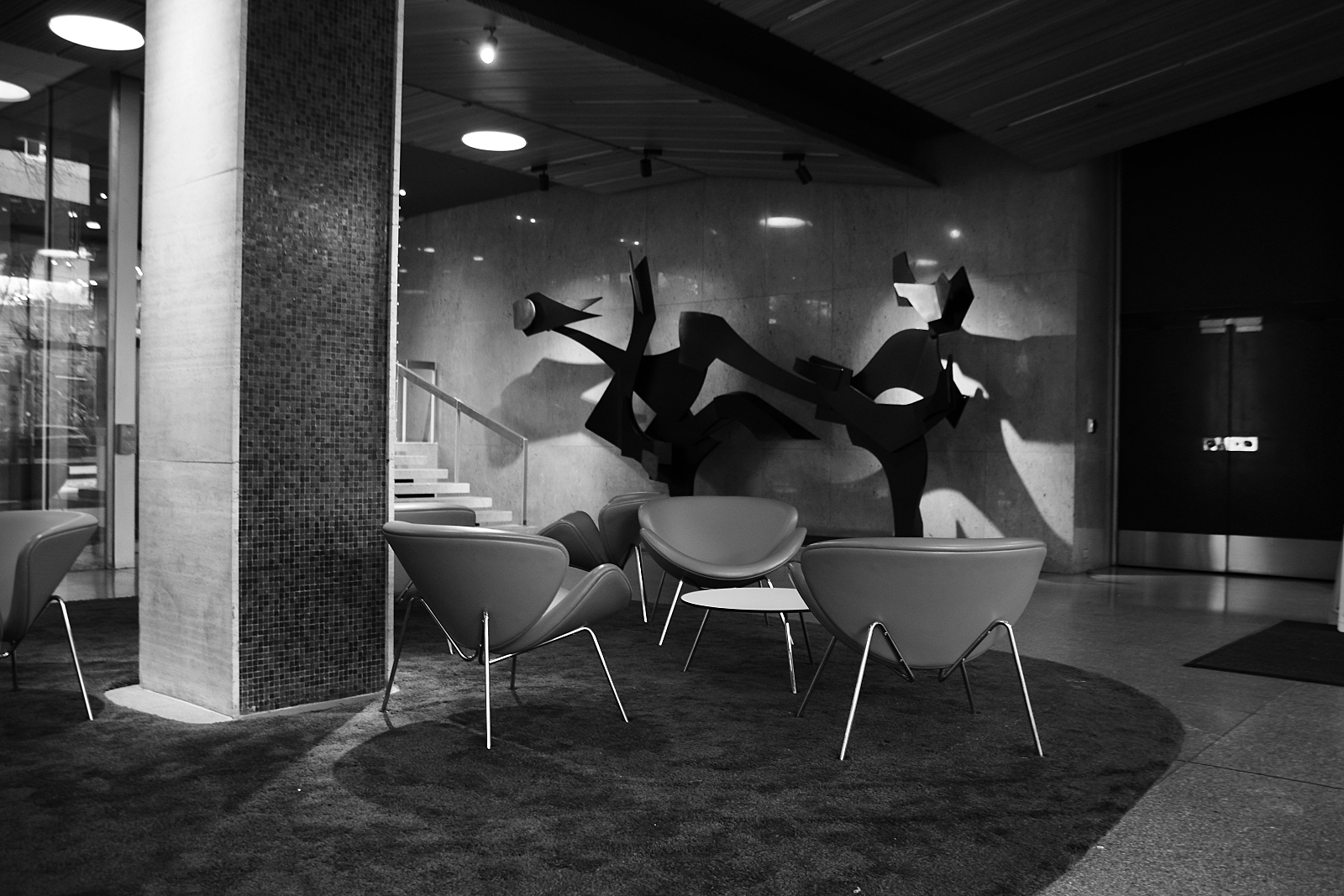 To follow on a little bit from my previous post here as to how to best incorporate old with new in a well designed and well thought out manner, I thought I would add ICI (now Orica) House as another example. I’m basing this solely on the foyer area as that is the only area of the building which I assume you can now freely wander without walking into people’s workplaces, however I do plan to at some stage venture to other areas of the building. The foyer, the place in which these photographs were taken was remodeled in the late 80’s by the original architects of ICI House, Bates Smart McCutcheon (Now Bates Smart), from originally an undercroft and car parking area, into the foyer and cafe setting that you see today. Usually when you think 80’s remodel, all kinds of atrociousness springs to mind but it’s extremely obvious in this example that a good architectural firm will always do an extremely good job regardless of the time period.

It’s rare that mid century modern buildings received a mid century style make over in the 80’s and 90’s, infact it’s still extremely rare today. Most MCM buildings which were unfortunate enough to be remodeled in the 80’s are well, very 80’s. Usually things like two level high supporting columns which are 3 times the girth they need to be, poor colour choicing, green frosted glass, and bad taste aluminium window surrounds, but not for Bates Smart and ICI House. I was looking back through older photos from the 50’s and 60’s taken by Melbourne architectural photographer, the late, great Wolfgang Sievers, and comparing them to how the foyer area looks today, although different, the foyer could be completely original and you wouldn’t even realise it had been remodelled. 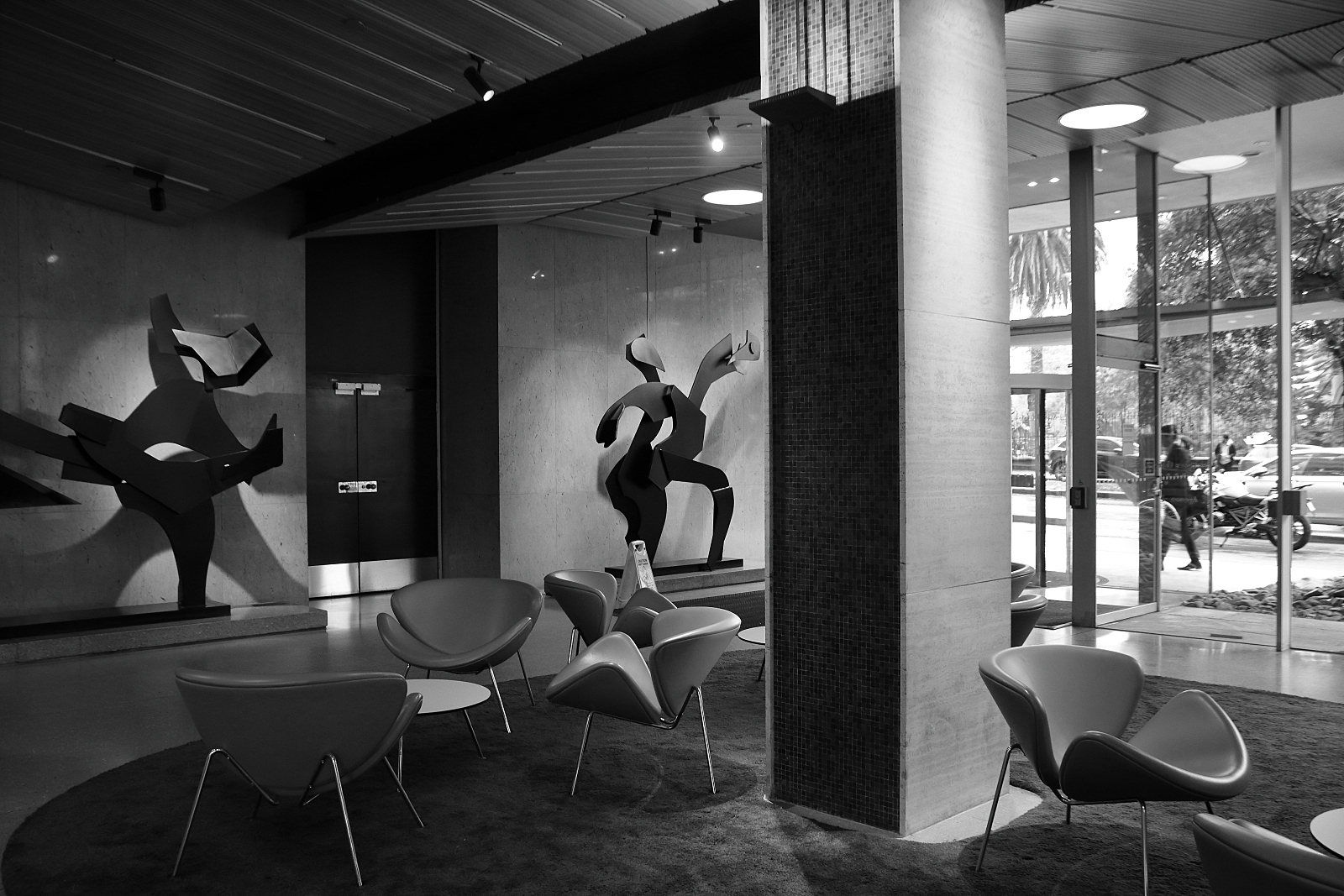 Stepping through the now main entrance on Albert Street, you’re greeted by a large sculpture to your right, which although wouldn’t look out of place as a remaining original item, it was actually added during the remodel in 1989. ‘Joie de Vivre’ was created by Melbourne sculptor Inge King, whose work exists right across Melbourne and a lot of us drive past everyday with barely a second thought. The original area to your left (now the cafe area) wasn’t enclosed at all prior to the remodel and was actually an undercroft and carpark, with three lines of supporting pillars for the above structure lining the centre and north and south sides of the building. These pillars still exist in their original style within the centre of the cafe and foyer, as well as outside the glass cafe walls along the existing un-enclosed area of undercroft. These pillars are of square precast concrete with approx 1cm by 1 cm light and dark blue small mosaic tiles set into the northern and southern facing sides of each pillar.

The ceiling of the ground floor, which I believe was originally just a large precast concrete slab supporting the above floor was replaced with angled timber paneling which again, would look right at home as an original item fitted during the 1950’s construction. The paneling is possibly a play on the original timber paneling which still sits within the ground floor elevator lobby. Moving onto the elevator lobby, this is completely untouched apart from the floor as per its initial construction, which is amazing to me. The original flooring, which was 1 cm by 1 cm mosaic tiles laid out in approximately 1 metre by 1 metre sections of black then white, creating a checkerboard pattern, have been replaced with large terrazzo tiles. However these maintain the original 1 metre by 1 metre black, then white pattern. I should also now mention that the entire former foyer floor was also originally laid out in a very modernist flowing mosaic pattern with a whites and darker colours in sections. Alongside the glass walls, there was also a small area of planting and rockery, with large rocks set into the floor almost as if they were there first and the floor had been laid around them. This is now all gone and is also replaced with large terrazzo tiles.

To get from the foyer to the elevator lobby, you ascend a small staircase which first leads to a second foyer and the original entrance on your left, this entrance leads out to a long path running alongside the building and exiting to Nicholson Street. The path runs through a garden and grassed area which also contains a fountain and sculpture by Gerard Lewers, an original item included in ICI House’s construction. This small courtyard area also has a pond and rockery, and contemporary mixed planting of small tropical shrubs, palms and ferns. Back inside the second foyer area, which was originally the main entrance to the building, there is a staircase ahead which runs the length of the building in height and the elevator lobby to your left, now through glass doors (originally this would have been all open space). The lobby consists of 8 lifts, 4 on each side of which are separated by black mosaic tiled walls. The elevator doors are bright red in contrast, and something I thought was pretty neat and is an original fitting to the building is each lift has it’s own little protruding sign which has the up and down symbol on it as well as the words ‘THIS CAR’, which lights up in red when a lift arrives on that floor in order to tell you which one to get into.

It’s just amazing to me that the level of modernist features which have been retained given that the building was remodeled in the 1980’s, so take notes, this is how you do modernism, it’s timeless, keep it that way. If you own a modernist or mid century home and are thinking about ripping out the ‘dated’ timber paneling, think again, if you feel you must, at the very least retain it beneath plaster or, and I cringe saying this, paint it. It’s easier to later remove paint than reinstate something that’s no longer there, and by all means, don’t render the exterior grey. That’s no different than putting billet wheels on a hotrod, it doesn’t look good, or ‘modernise it’, it’s just playing pretend. 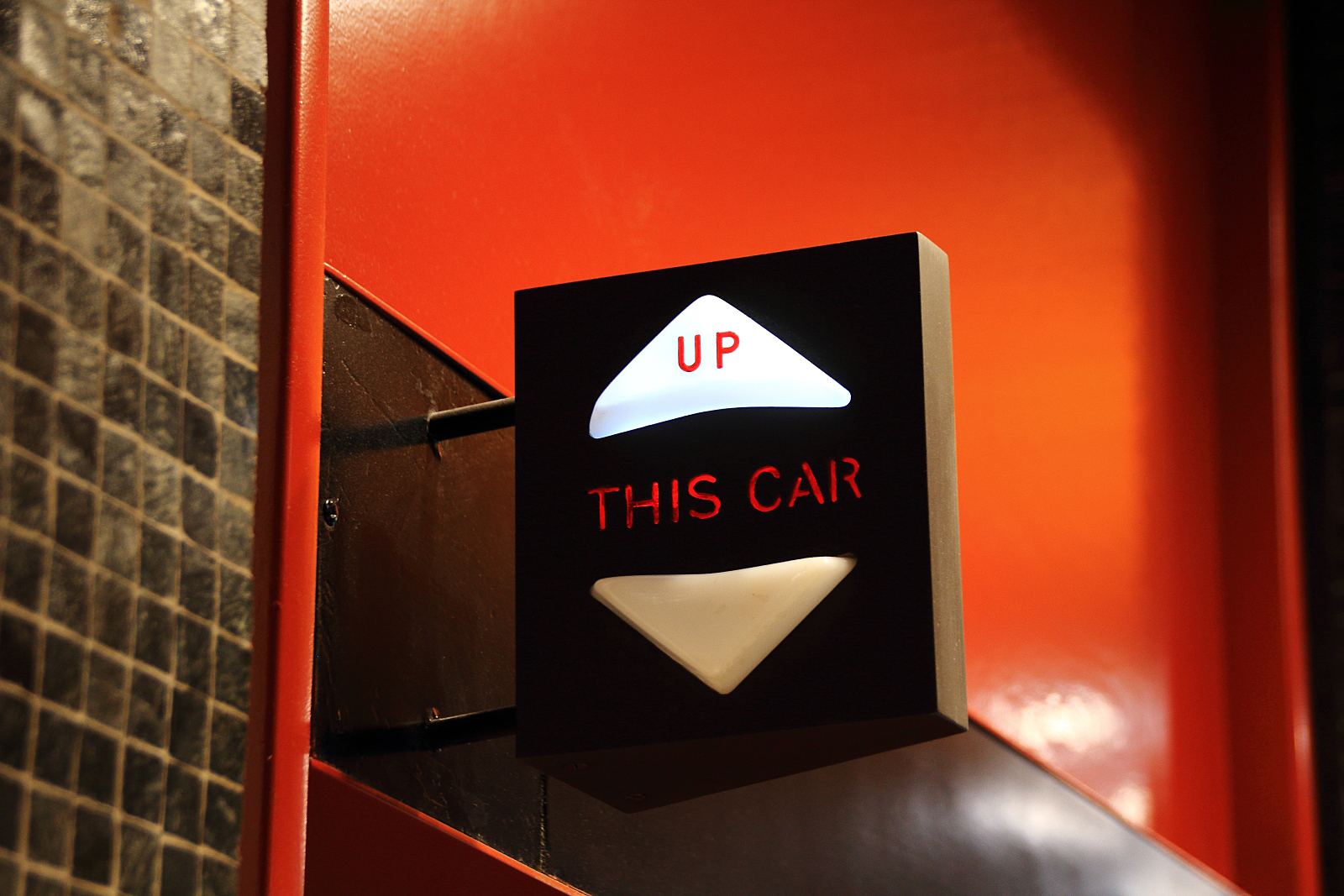 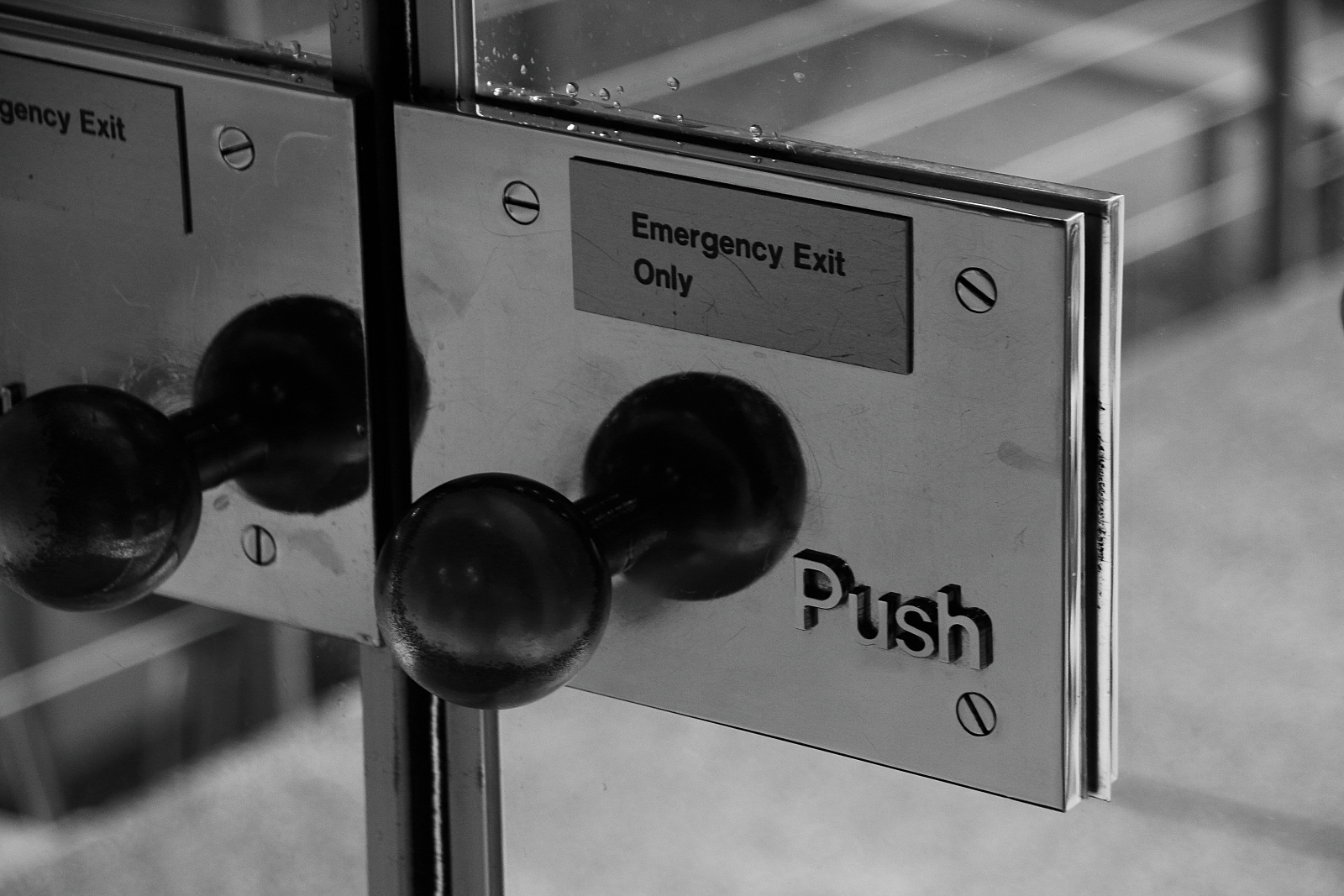 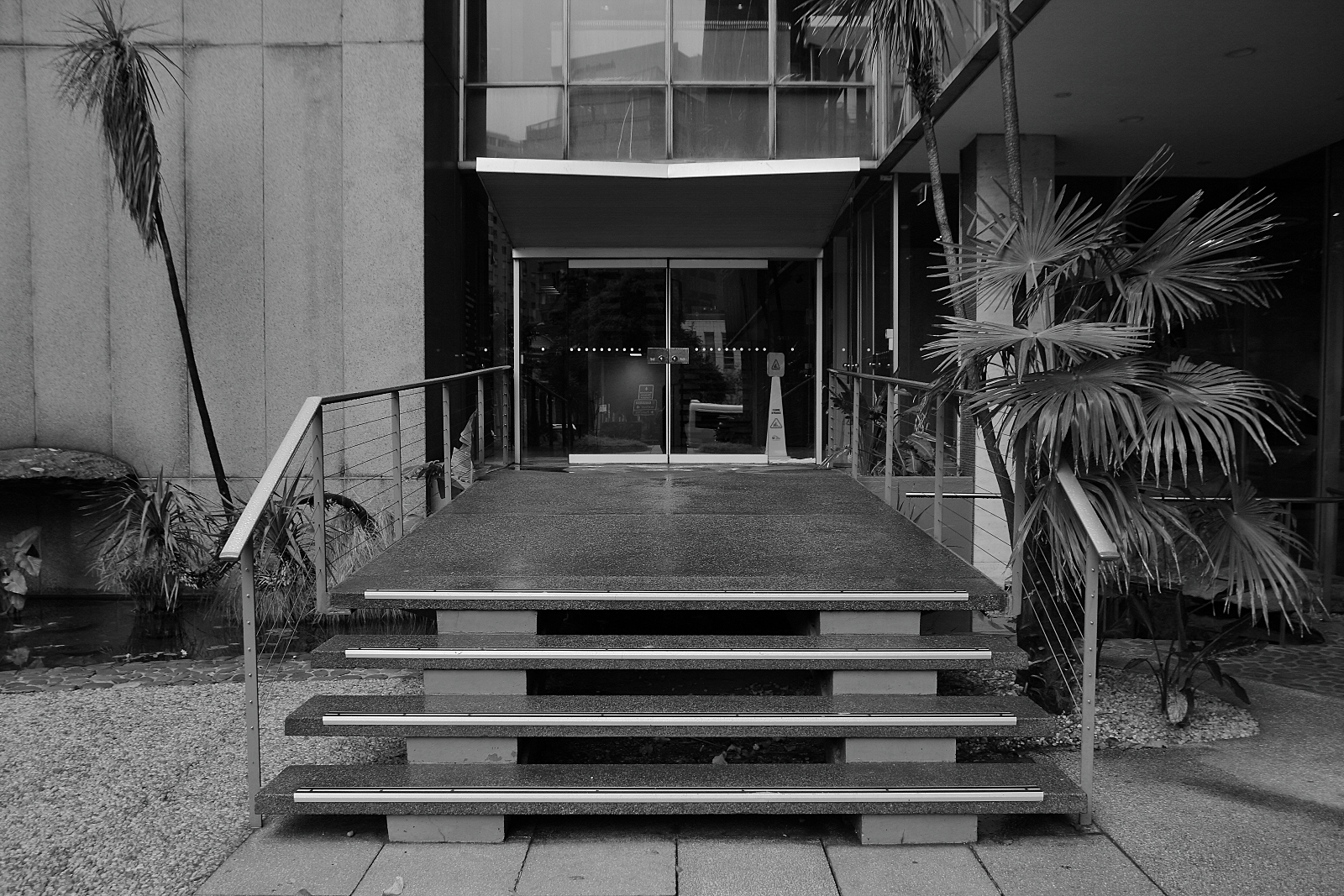 One thought on “ICI House, East Melbourne. How to Modernism.”