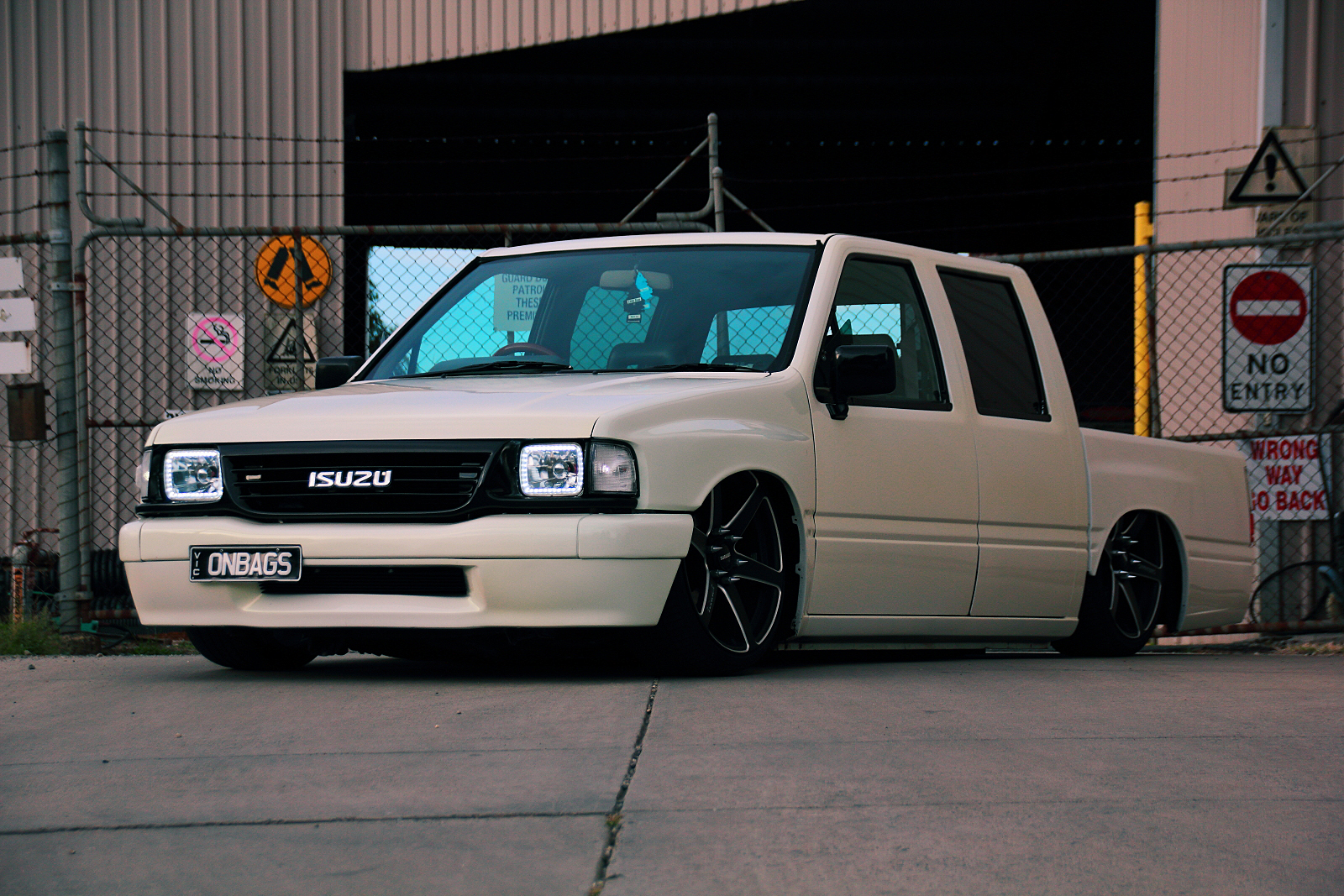 So, I was never BIG into minitrucks back in the day, I definitely liked them, I just never really thought to build one myself, but that’s not to say that some didn’t stand out to me and much like with the sex spec’ scene, every now and then you’d see a well built example that just made you say wow. On the other hand, My brother, Daniel – now owner of this duel cab that you see before you – was moreso into trucks and a few years ago built a rather simple but tidy static TF Rodeo 2 door. That just copped a minor clean up, lowering blocks, and a few accessories, nothing over the top but just a nice, clean everyday truck. Recently he  made the move back into a Rodeo in the form of this one you see before you. Originally built around 2015 by Knights Garage in Orange, NSW, who bagged and shaved it and laid on a very dark shade of green with red highlights. The truck was later re-sold and copped a small refresh which is when it was painted the current pearl white. The body tucks 20′ Simmons S6S wheels all round and has been widened using Isuzu MU front guards, as well as widened rear arches, and a cut out tray to help get the sills on the ground. The front grille is also a genuine USDM Isuzu item. The Rodeo is also fully engineered to make rolling around that little bit less stressful haha. This was only a quick unplanned local shoot the day after he brought it home so there aren’t many photos, although Dan has plans to do bits and pieces with it, and so I’m sure it isn’t the last time it’ll grace this page. 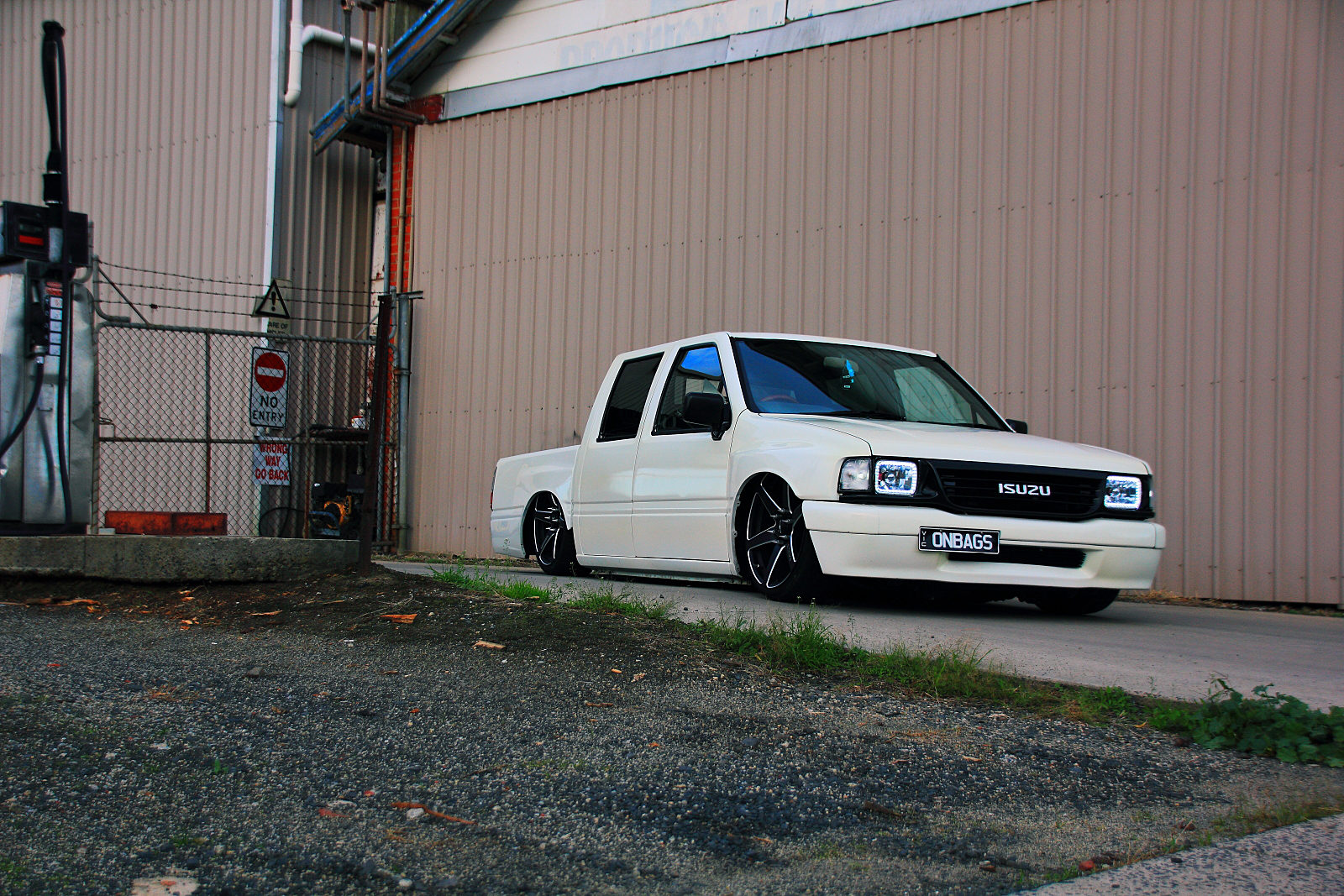 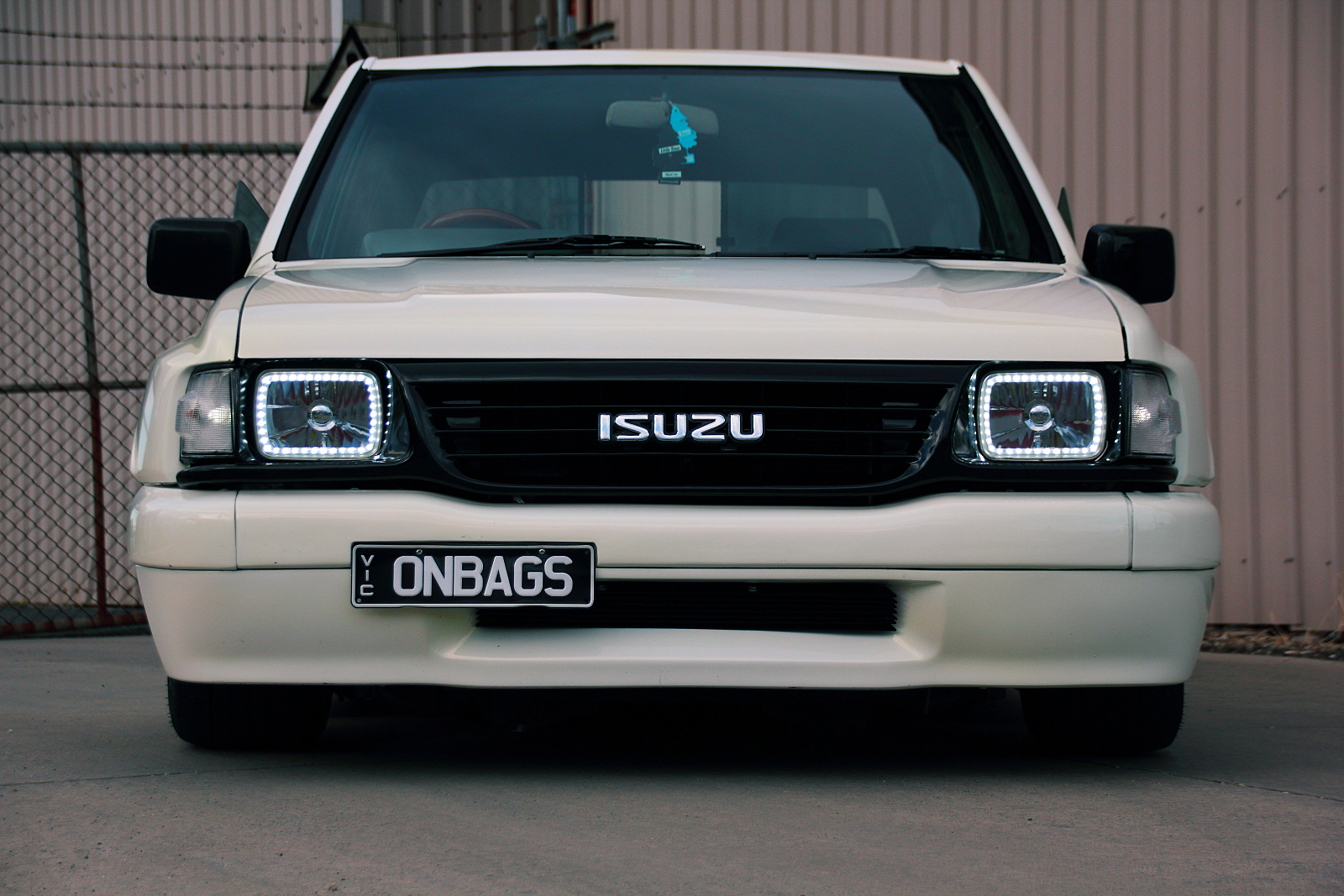 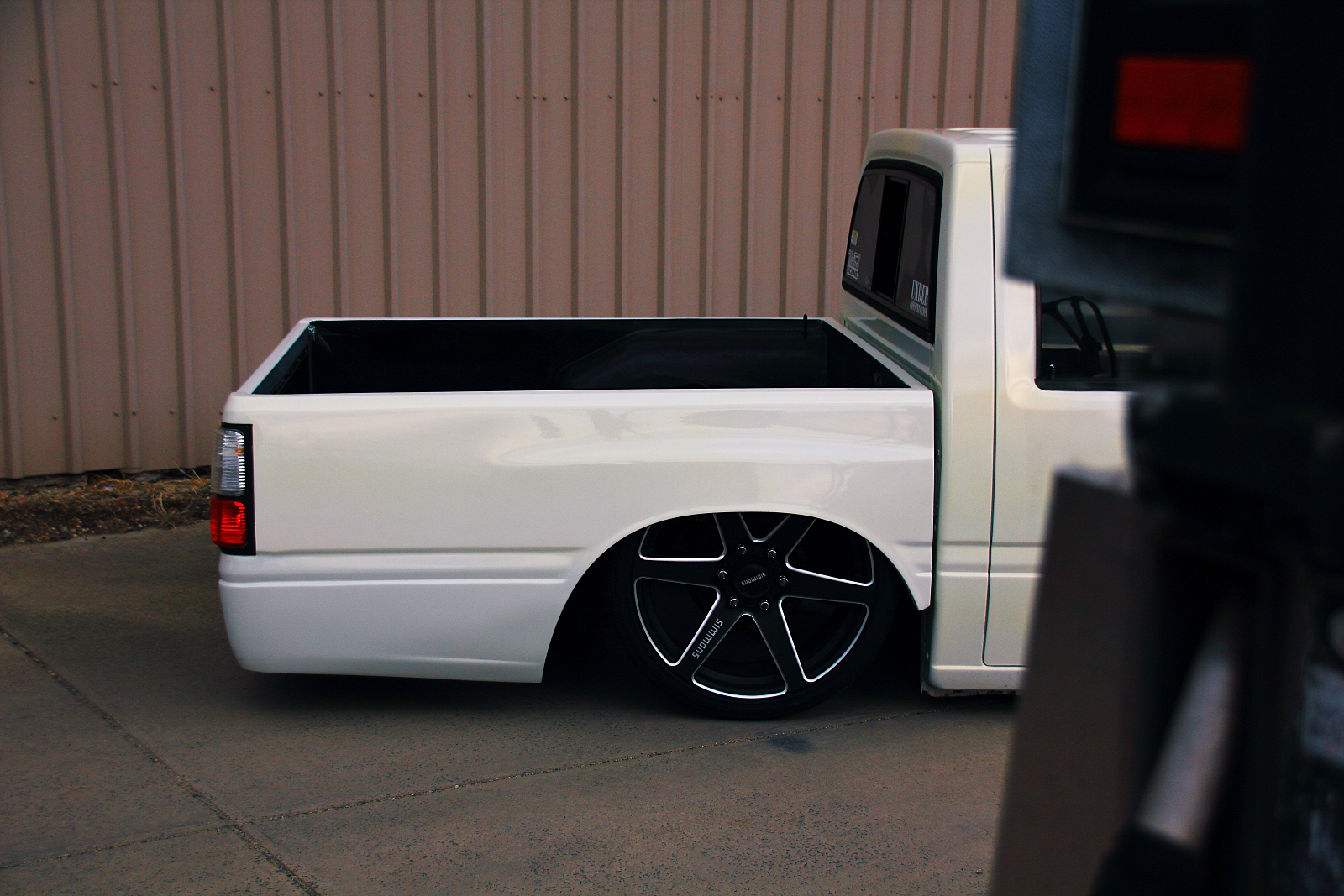 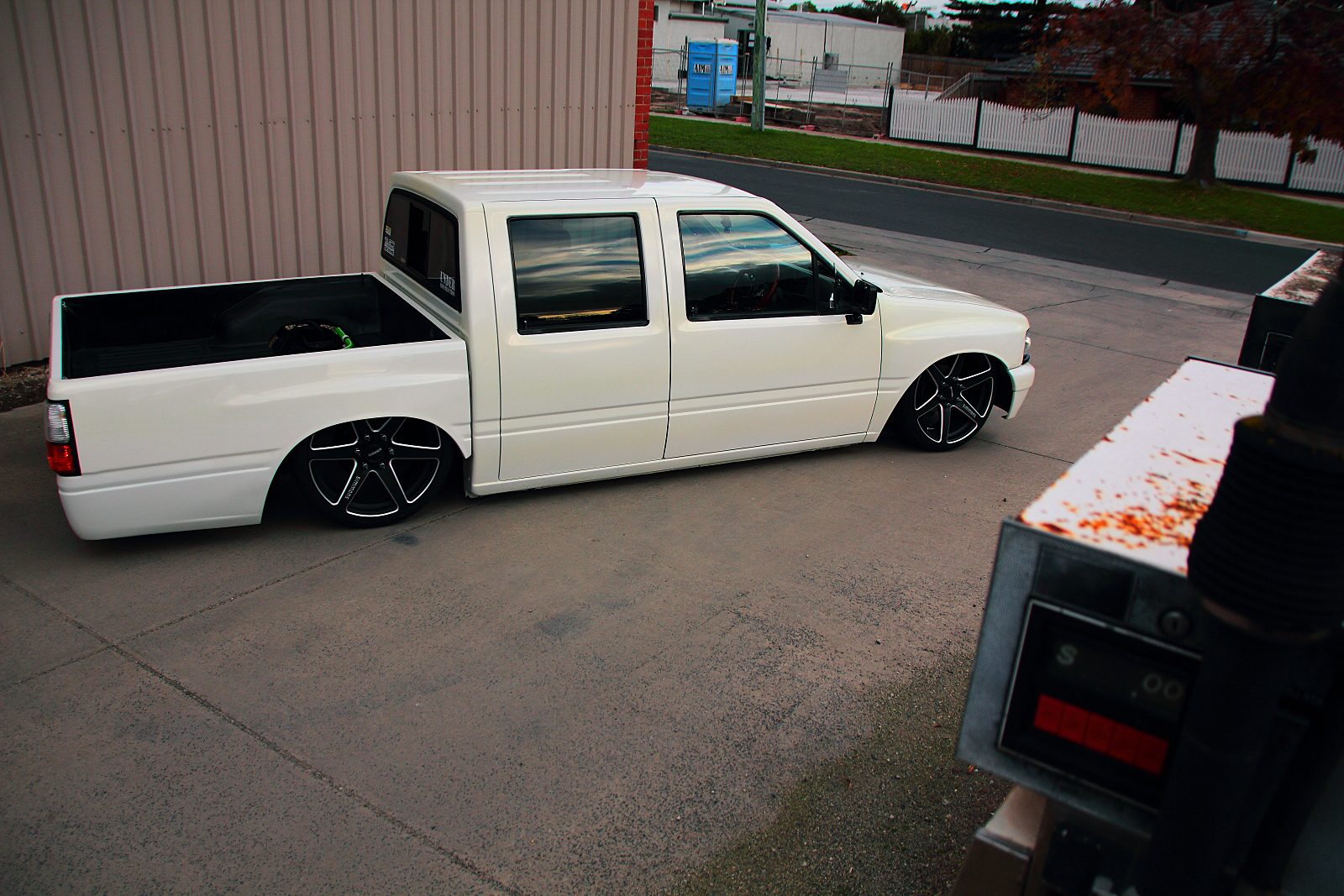 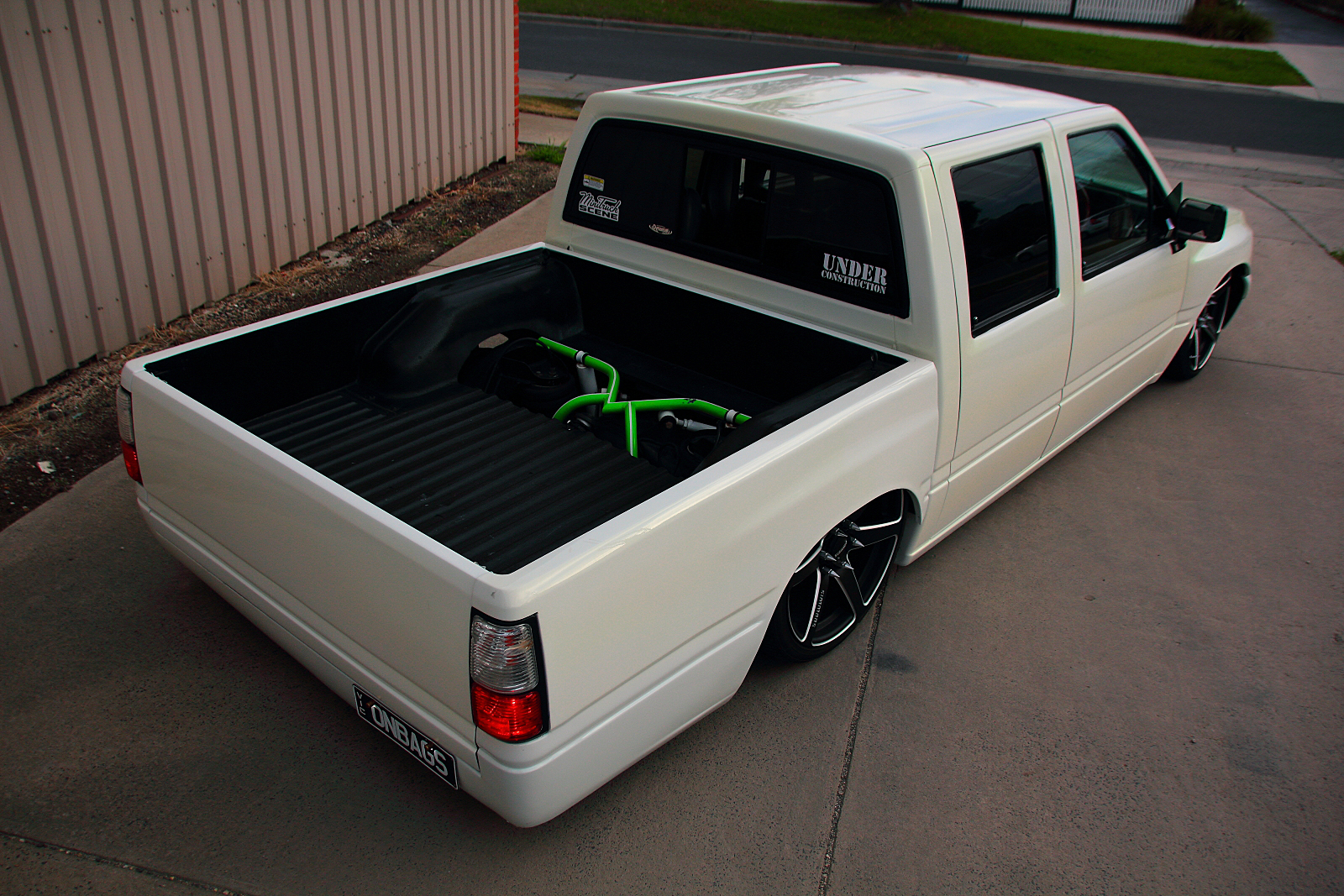 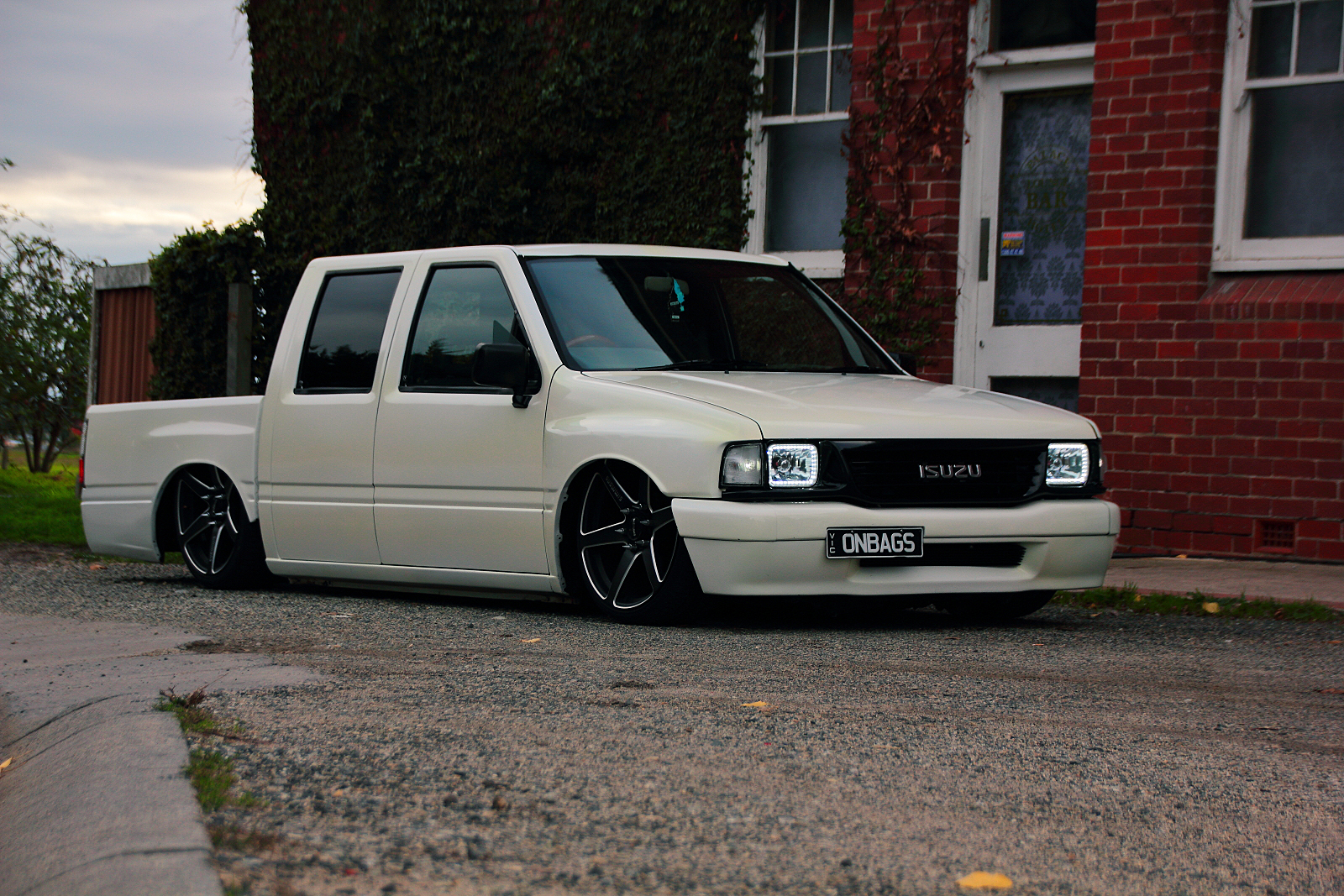